I now had all the arguments I needed to justify taking the next big step: my resignation. Still brimming with the energy of my brainstorming, I locked in a time to talk through my decision (and resignation) with my boss. In my head I was upbeat and excited. The future was positive and optimistic – at least on paper. So why then did I feel sick as I approached his office? 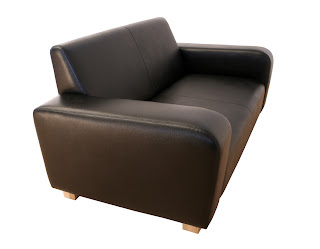 I think there must have been something in my body language that Andrew started to read as I entered his office. Possibly just grim determination.

I’d worked for Andrew in two organisations. I admired and respected him, as he was the rarest sort of leader: one I would follow anywhere. I realised as I crossed the room and sat down across from his desk, how painful this was going to be.

I hadn’t rehearsed my “speech”. I certainly hadn’t thought about how I would start. Fear of what I was going to do or fear of the possibility of being talked out of my decision saw me simply blurt out the words “I want to resign”.

I’d asked for 30 minutes when I locked in the appointment, but the discussion chewed up the remainder of the afternoon. I don’t know precisely how long Andrew gave me (I didn’t take note given that at the time I did not envisage writing about it), but it was much closer to a couple of hours than 30 minutes.

Andrew gave me the space to talk about my thinking. Space to explore my current work. Space to explore the future. He also gave my emotions space too, as there were times during our discussion where I was all but overcome.
He reflected on his own past experiences and sought to clarify my thoughts by asking a number of extremely relevant questions. He never directly challenged my decision though.

Whilst I had achieved many significant things in my role already, I had more to do and believed I could accomplish several critical things over the coming 3 months. I’d recently had a new Police College Commander appointed and felt it important to give him as much ongoing support to allow him to deliver against an important reform agenda. We had a significant backlog of work in another critical area and a raft of innovate strategies were about to be applied not only remove this backlog but to change the process altogether. It had been an extremely challenging year in the context of the budget within my division. If I was going to leave, I wanted to shore-up the best possible budget position for the next financial year so that my successor was in the best possible position. Corporately I was also on a mission to deliver a particular whole-of-agency staffing outcome. This was the hardest objective to achieve: but I was determined to deliver it in the time I had.

I had some ideas about  my successor, including using the 3-month period to recruit someone to the role.

The 3-month period would allow me to deliver these outcomes and to also develop my business behind the scenes. Resigning with no guarantee of future income was certainly a big risk. So I sought a safety net. I had about 7 months of combined long-service and recreation leave. If I could take this as leave rather than have it paid out, this could continue to give me an steady income between July and the following March.

So, I put the timeframe and the safety net ideas to Andrew. Knowing him as I do, it should not have been a surprise that he saw the merits of everything I was proposing.

As we concluded, Andrew asked me to take the weekend to again revisit all the issues, the ideas and thinking and to talk on Monday.

I returned to my office, closed the door and stared out the window. This time I was overwhelmed. Standing there that day, I did cry. Part of me thinks it was just a necessary release. I felt I was admitting I was failure. I knew there was no turning back. I was bursting with excitement about the future.

I called Sue. She knew when the meeting was taking place. She’d called a few times during my meeting with Andrew – I knew this from the number of times the phone silently rattled in my pocket during the last hour of the meeting. I talked her through the discussion, welling up several times.

That weekend we did revisit our brainstorming. But before that weekend was over, I had partially constructed a wall in our house that was to mark the location of my office for the business I was going to create.
Posted by Stephen Walker at 12:52 PM

Stephen Walker
Stephen is shifting the balance from work to life. After some 24 years as a public servant working for the Australian Government, Stephen opted for change. As a C-Level executive in the Australia Federal Police, Stephen led a Human Resources Division of over 400 HR practitioners. The role had security, a large income, authority and autonomy. But the work was no longer fulfilling. This Blog tells the story of Stephen's journey: not a sea change, but a "me change". Stephen is an executive coach, leadership facilitator and public speaker. He now runs his own Canberra based business, Workforce Strategies.