Coming to the realisation that I needed to do something to change my life was not something that came easily. My situation of twelve months ago required much more than a simple “pros and cons” exercise. 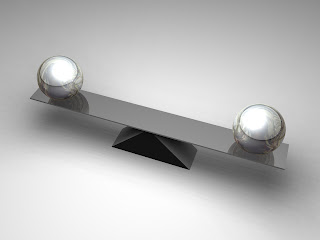 I drew support from Sue, my wife, who is actually an executive coach. A few years before, Sue too had committed to leave a career in the Australian Public Service. The discussion did have a familiar ring to it. However, whereas Sue had been drawn to executive coaching for many years and finally took the plunge, for me it was different.

I’ve always held the belief that people should not run away from a job. Instead, they should run toward a job or new career. I had always applied this philosophy, but now it didn’t seem to fit my situation. In my mind I wasn’t leaping into a new career this time. It was much more like a leap of faith into the unknown. It is also true that, this time around, I felt that I was definitely running away. This philosophy of mine is partly based on the idea of ensuring that you don’t burn any bridges. But I also hold the notion that the grass isn’t always greener. If you’re changing because the grass looks and feels greener – then great, give it a shot. But if you’re changing solely because the grass your standing on is dry and brown, then there is a very good chance that you’re simply settling for the next piece of “grass” that comes your way.

I was fortunate at the time to be able to get some clarity and test the basis of my thinking.

In the Australian Public Service, there are relatively few agencies that are large enough to have divisions specialising in human resources (considerably more agencies have corporate divisions made up of human resources, finance and so on). There were probably only a dozen or so people at my level leading HR teams across the entire service. As luck would have it, one of the other positions was advertised in the Department of Immigration and Citizenship. It was a job that ticked all the boxes for me: they were looking for a solutions driver to rollout a suite of human resource reforms. It was my kind of change agenda.

But it struck me that this was in fact, just the same kind of grass.

So I set out to create a concept of what life outside the public sector could be like: something tangible I could “run to”. With Sue’s support, I spent several days brainstorming. Our living room walls, windows and doors were soon to be freshly coated with butcher’s paper.

We predominately used a strengths based approach to explore any number of possibilities, pushing aside any judgement or niggling self doubts. We explored what I enjoyed and what I did not. We explored the past, the immediate and a decade into the future. We shaped our thinking on the basis that there were no barriers. It was a remarkably freeing exercise. It was also contagiously energising. One idea would build on another and begin to cascade. We grouped ideas into themes and the genesis of a viable business began to coalesce.

After exhausting the world of possibilities, we reflected on the people, systems and rules that could support me achieve the goals I was seeking. We deliberately didn’t focus on the obstacles – just the supporters and the support systems to could help me achieve. This was profoundly empowering for me. It challenged me to think about my formal and informal networks; about the tools that were available to me – even if I hadn’t used them before; and the safety nets I could use so that my likely exit from the public sector would have a soft landing (rather than a crash).

Without realising it at the time, these two approaches (exploring the possibilities and exploring the support systems) gave me the foundation for the design of my business as well as my business plan.

I now had focus. I knew what I wanted to do. I was convinced about the change I both wanted and needed. I’d had an “a-ha” moment (in truth I probably had a few). I was clearly now running toward something and I saw that I had the chance to leave the public sector without regret.

The brainstorming also gave me the confidence to frame my discussion with my boss – because what I was about to ask for wasn’t just a cut and dried resignation.
Posted by Stephen Walker at 2:47 PM

Stephen Walker
Stephen is shifting the balance from work to life. After some 24 years as a public servant working for the Australian Government, Stephen opted for change. As a C-Level executive in the Australia Federal Police, Stephen led a Human Resources Division of over 400 HR practitioners. The role had security, a large income, authority and autonomy. But the work was no longer fulfilling. This Blog tells the story of Stephen's journey: not a sea change, but a "me change". Stephen is an executive coach, leadership facilitator and public speaker. He now runs his own Canberra based business, Workforce Strategies.